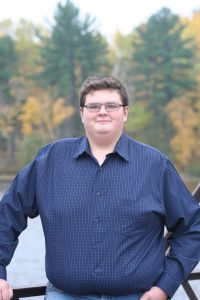 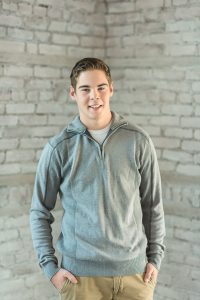 Logan Doll, son of Dennis and Jill Doll of Homestead, graduated as the Valedictorian of his class at Florence High School with a cumulative grade point average of 3.92. Throughout his years at Florence County High School he enjoyed participating in High School Band, National Honor Society, and the varsity golf team where he achieved MVP two years in row, as well as a two-time sectional qualifier. Logan plans to attend University of Wisconsin-Whitewater where he will pursue degrees in areas of business as well as education.

Glenn Francis Berry, son of Lisa Brouillette and late Ted Berry. He is a three-year National Honors Society member, currently serving as president; a four-year Student Council member currently president; and a four year member of TORPEDOs. Glenn participated in baseball, where he is a four-year varsity letter earner.  He also participated in cross country and basketball where he was a two-time Most Valuable Player in both sports. In his spare time, outside of the many sports he plays, Glenn enjoys being on the lake – fishing or swimming – four-wheeling, hunting, and downhill skiing. He has maintained a 3.85 GPA and has been a High Honor student all four years of high school. Glenn’s future plans are to attend the University of Wisconsin La Crosse in hopes to receive a doctorate and become a professor.

Jay David Walstrom, son of Kent and Char Walstrom of Aurora, graduated as the Salutatorian of Florence County High School with an accumulative grade point average of 3.91.  Jay was a member of the NHS, Student Council, and TORPEDOS.  He earned perfect attendance throughout high school and has been awarded the following: Two time basketball defensive MVP(2015-2016, 2016-2017 seasons), All Conference Offensive End in football (2016), and All Conference Honorable mention defensive back in football(2016), Varsity Football Offensive MVP(2016), Four-year scholar athlete, Co-Male Athlete of the Year (2016-2017 season).  School record 45 pass receptions in a season, varsity football and basketball captain, member of the 2016-2017 Wisconsin Football Coaches Association(WFCA) Academic All-State Team, also a member of the 2016-2017 Wisconsin High School Scholar Athlete Team.  Jay plans on attending NWTC in Green Bay this fall to pursue a degree as a Physical Therapist Assistant.