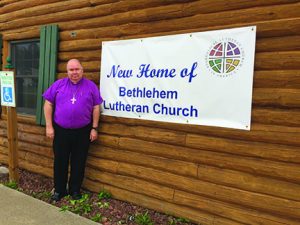 A pillar in Florence for well over a century, Bethlehem Lutheran Church has come a long way since its formation in 1892.

Located on Norway Street directly across the street from the high school, Bethlehem Lutheran Church was formed in 1892 by a group of Swedish men and women in search of a Lutheran church home.

After inhabiting several locations, including a room on the second floor of John Swanson’s home in 1889, the Swedish Evangelical Lutheran Church Society bought the land where the church now stands from the Pewaubic Mining Company for $800 on Oct. 30, 1894.