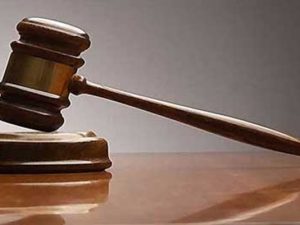 Cynthia L. Nelson, 40, of Florence, appeared by video teleconference and pled not guilty in Florence County court on Tuesday. Her attorney, Henry McRoberts, was present in the courtroom.

According to a criminal complaint, on Jan. 6 Nelson, who is currently on felony probation for possession of narcotic drugs in Florence and Green Lake counties, was observed to be under the influence of drugs at the Forest Motel in Florence.