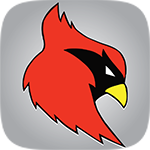 The School District of Crandon Board of Education members and the school district administrator faced accusations and challenges during its regular board meeting, in the Crandon High School auditorium Monday evening February 12.

Early in the meeting, the board was encouraged by audience members to extend the 15-minute citizen comment period to to 30 minutes. The board agreed and required those who wished to comment to fill out a comment card. No one else would be able to comment.

The meeting began in a smaller room, but was moved to the auditorium after the room reached capacity and there were complaints from the audience that they could not hear. The auditorium was nearly full by 6:30 p.m.

After the board completed several agenda items, each person who completed a comment card was allowed approximately 3 minutes and 45 seconds to speak during citizen comment period.