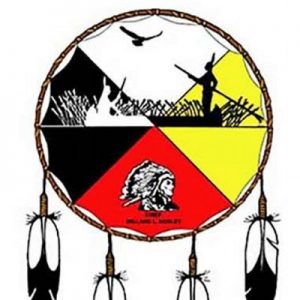 According to the complaint, the employee refused to turn over his tribal-owned cell phone without removing his children’s photos from the phone. The complaint says McGeshick held the employee by force in the office without his consent. The employee went to the hospital and was treated for a shoulder sprain and facial contusions.