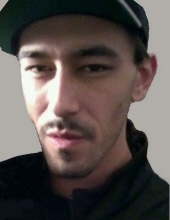 The Wisconsin Department of Justice Division of Criminal Investigation, at the request of the Crandon Police Department, has been investigating an officer involved death that took place on the evening of October 22, in Crandon.

A traffic stop conducted by a Crandon police officer led to a physical altercation between the officer and the passenger of the vehicle, which resulted in the officer firing his duty weapon. The officer on the scene rendered first-aid to the suspect until EMS arrived, but 30-year-old Dexter David Anthony Baxter, succumbed to his injuries and was pronounced dead before arriving at a local hospital.