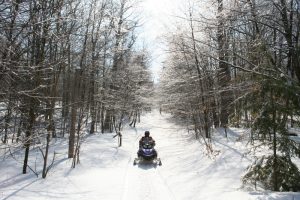 Snowmobile clubs have been panning the trails and have all trails cleared and signed.

New snowmobile maps are also available for the New Year thanks to sizeable donations by the Sugarbush Snowmowheelers and the Northwoods Snow Chasers. These donations have resulted in an awesome snowmobile trail map to guide snowmobilers throughout Forest County.