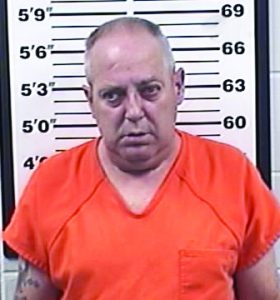 Forest County Sheriff’s Office deputies responding to a 911 on Saturday, January 20 arrived on scene at a residence in the City of Crandon at approximately 1 a.m. and found a male subject who was not breathing and did not have a pulse. Deputies immediately began CPR on the victim until rescue staff arrived on scene. Lifesaving measures were taken, however the subject was pronounced dead at the scene.

The victim’s name is not being released at this time.

Detectives conducted interviews and based on information provided and evidence collected, it was determined that the victim had ingested heroin prior to having trouble breathing.

As part of the investigation, on Thursday January 25, Forest County Sheriff’s Office detectives, Forest County K9 Unit and the Crandon Police Department made a traffic stop in the City of Crandon.

During the traffic stop Heather A. Bazille-Grisius, 30, and Joseph M Grisius, 55, were both arrested. Officers located a loaded 9mm handgun, heroin, cocaine, several Schedule II narcotic pills, marijuana and drug paraphernalia during a search of the vehicle.