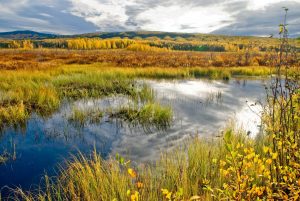 A Wisconsin bill that would allow builders to fill marshes and swamps without a permit, was approved in Wisconsin State Senate committee last week. Senator Robert Cowles R-Green Bay explained that a Senate committee passed an amended wetland reform bill. The bill will go to full assembly later this month.

At first, the bill, authored by Assembly Majority Leader Jim Steineke, R-Kaukauna, a realtor, proposed to open up all 1 million acres of state-regulated wetlands to development. But blowback from conservation and hunting groups prompted GOP lawmakers to scale back the proposal substantially. Steineke said that a later revision would have reduced the proposal’s scope from 1 million acres to about 100,000 by restricting it to areas within a mile of urban areas and up to three acres per parcel of rural wetlands.

A Senate version, Senate Bill 600, offered by Sen. Cowles, would further scale it back by applying it only to wetlands within a half-mile of an urban area, defined as an incorporated area or one served by a sewage system, and requiring mitigation if destruction of wetlands exceeds 10,000 square feet.