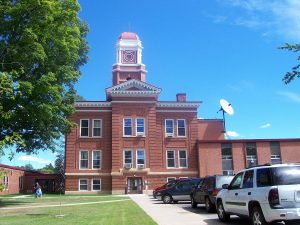 Mark Reinhardt, head of the Forest County Maintenance Department, gave a dreary outlook on the recent courthouse inspection by the Crandon Fire Department, during the risk management committee meeting, held on June 25.  Reinhardt told the committee that the inspectors found three pages of violations and if not corrected in thirty days the courthouse could be shut down. Reinhardt did not bring any copies of the report to the meeting, however several people asked for the report including Chairman of the Building and Property Committee Steve Bunda.