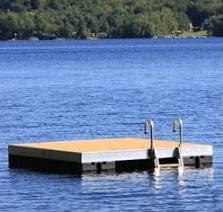 A man drowned on Tuesday afternoon July 3 at Fisher Lake in Florence after his leg was caught in a rope attached to a cinder block buoy anchor. He was identified by a family member as Andrew von Erhenkrook, 39, a former special forces soldier who had recently moved to a home on Fisher Lake with his wife and four children.

According to a press release from David Gribble of the Florence County Sheriff’s Office, the man was swimming near a raft that was approximately 30 feet from the dock at Fisher Lake Park. Witness reports say the man was attempting to move a cinder block that was on the raft and attached to a buoy with a rope. The victim was attempting to move the buoy away from the swim area when his foot became entangled in the rope and he was pulled under water by the cinder block. The victim came up twice before going under.

Deputies swam to the raft and were able to locate the victim approximately 15 feet from the raft in 15 feet of water and were able to free his foot from the rope. He was brought to shore and CPR was started. The man was pronounced dead by Florence County Coroner Mary Johnson.