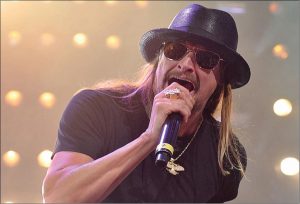 Rolling hills near the tiny hamlet of Crandon have come to life thanks to the roaring symphony of 900 horsepower trucks as part of the world’s largest short course off-road race. Now this uniquely American Midwest tradition will explode as Crandon International Raceway today announced the appearance of Kid Rock as part of its new “Crandon Rocks” concert series.