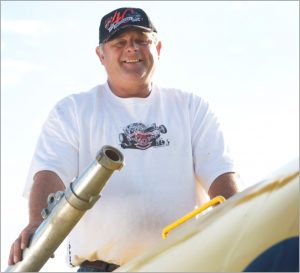 One of the off-road industries true visionary pioneers has made the long journey from his rural Wisconsin Northwoods home to the remote desert lakebed near Landers, California today as part of a historic career.

Crandon International Raceway President and 2017 Off-Road Motorsports Hall of Fame (ORMHOF) inductee Cliff Flannery is proudly taking the day-long journey as part of his duties as Grand Marshal for the 2020 King of the Hammer’s event.

Since 2007, the KOH event has become a destination for off-road motorsports enthusiasts around the globe and is centered around extreme competition in equally extreme terrain. Since its inception, fabricators have continued to innovate with the goal to build the best unlimited vehicles in the attempt to be crowned “King.”

The King of the Hammers has humble roots that started as a friendly wager among twelve teams of friends competing for bragging rights in a challenge no one thought could be done in one day.